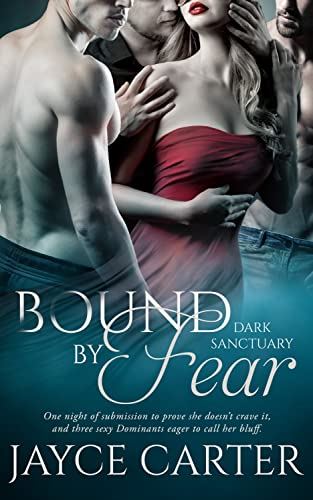 One night of submission to prove she doesn’t crave it, and three sexy Dominants eager to call her bluff.

When fears that her ex-Dom could be after her again occur, Sunny and the men are forced to confront the dangers of her past and the scars it left behind. Can Sunny risk everything for the men she’s fallen for, or will she let her fears rob them all of a future?

Reader advisory: This book includes scenes of violence to people and a dog and mentions of an abusive relationship. There is a scene involving attempted kidnapping and attempted murder.