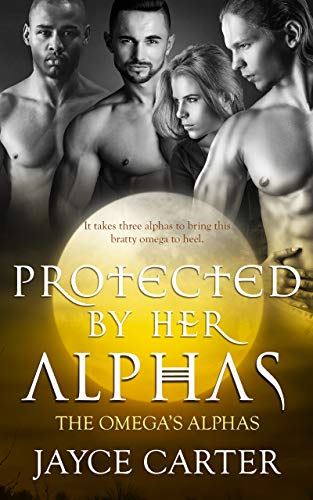 Protected by her Alphas

It takes three alphas to bring this bratty omega to heel.

Emily Pitch, the spoiled heir to a massive fortune, is given a new security detail—three sexy, arrogant and infuriatingly dominant alphas. Emily is used to twisting men to her whims and being a brat—men usually only want her for what her family can give them.

However, these three alphas can't be manipulated, threatened or annoyed into doing anything they don't want to, and they regard her not as a prize or a meal-ticket, but as a woman they want.

Thrown into the trio's company, Emily is forced to admit her growing feelings for them, and her yearning for more in her life. Can she create something real between her and the alphas, or will the dangers that chase them steal it away first?